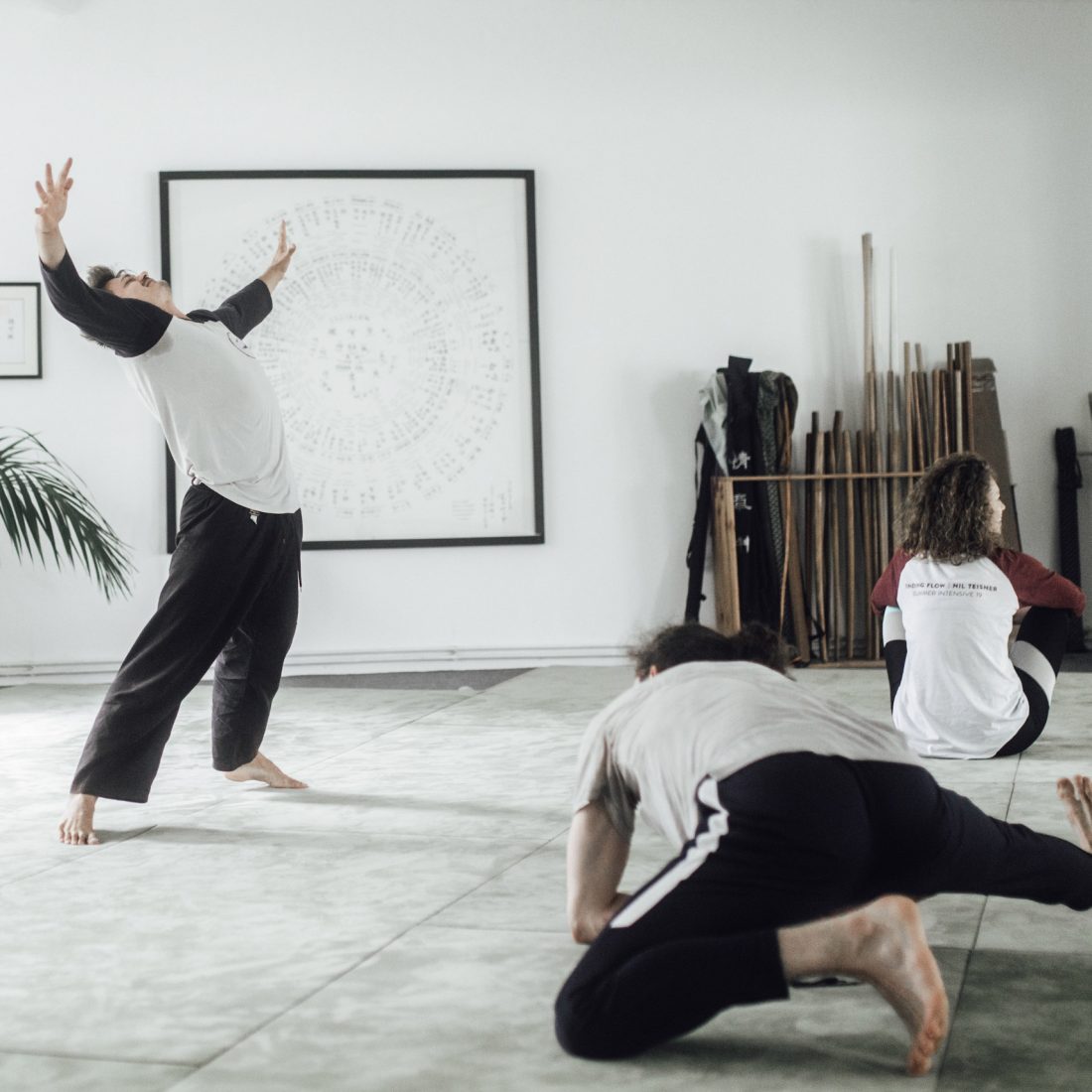 The Language of Movement

Today I would like to formulate a few thoughts that often come to mind when I think about movement learning.
Those who have been following me for a while certainly know a bit of my philosophy on the subject of training/movement. The focus is not on learning/perfecting a particular “sport” but is very general.
What I notice when I look at a new discipline is that I always find it easier to learn the movements of the discipline. There are many reasons for this. One of them – a very important one – is that certain movements are performed exactly the same or slightly different in many different sports. For example: a forward roll in gymnastics, dance, martial arts, parcour, etc.. The basic movement pattern is the same, only the way it is performed is adapted to the requirements of the sport – in the example, the roll is sometimes more over the shoulder or changes when standing up after the roll. Once the pattern is learned, it can be applied in other areas. It also becomes interesting when you look at movements that are performed in sport in the same way as in everyday life. A classic example: a squat. Now a standard strength exercise, but also a movement pattern to get up from a sitting position. I could list many more examples.
However, what I am getting at is that there are basic movement patterns that are performed similarly in many sports/everyday life. The wider you stand up, the more you will learn and above all recognise such patterns.

This is where the analogy to language comes into play:
I don’t know very much about languages, but what I do know is that there are many languages that have common roots. If you learned Latin at school, you might have an easier time learning languages like Italian or Spanish. In addition, there are different accents or dialects – in the field of movement, for example, different styles of a sport (dance or martial arts are very obvious here).
If you learn more and more languages, you will eventually notice similarities. It is the same in movement.

We all speak the same language (or at least a very similar one!). Try watching a new sport like this and see similarities with your own – put out feelers!

Sorry, the comment form is closed at this time.