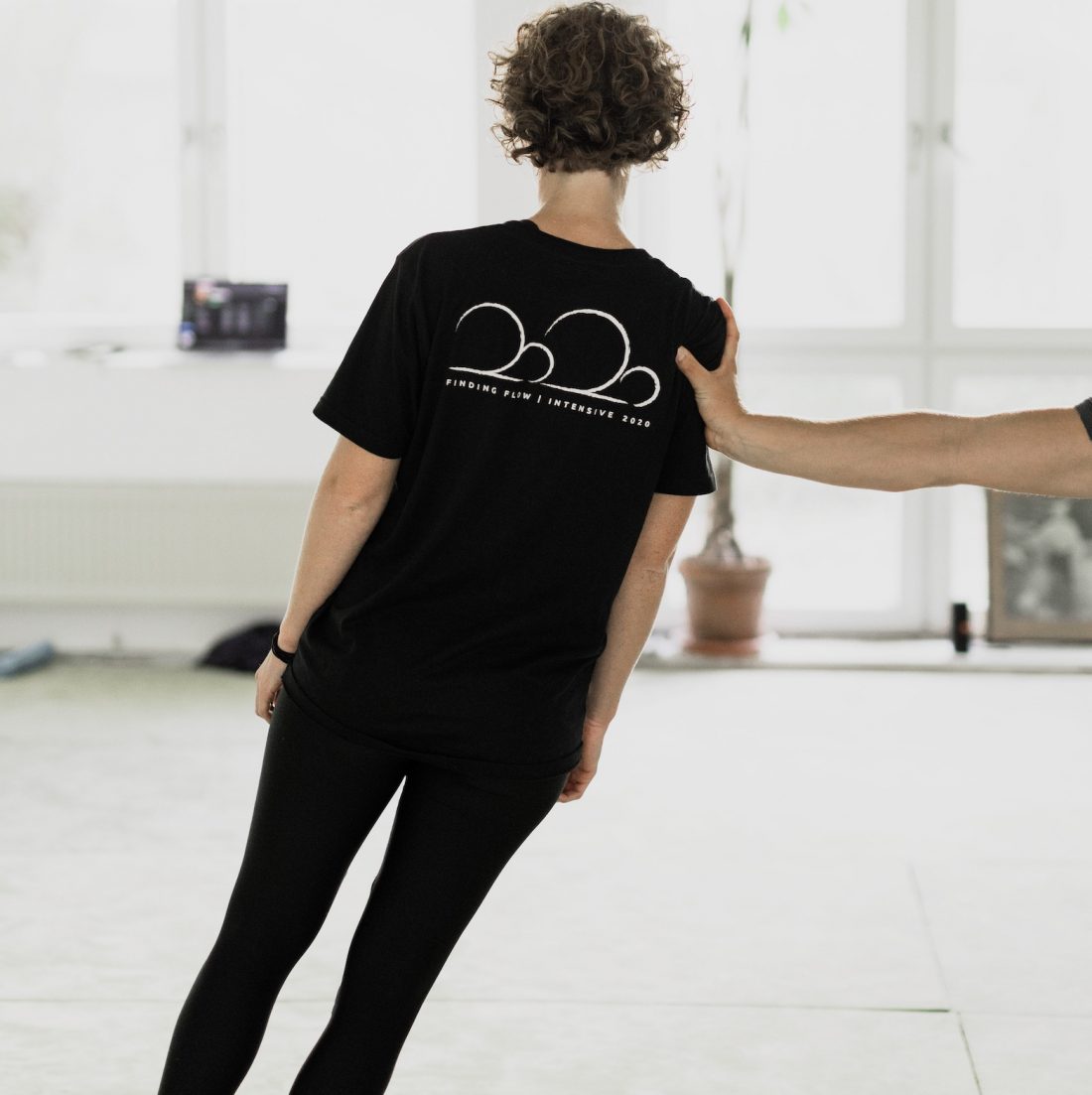 About Falling and Failing

Why do we fall? How do we fall? Can we practice falling? How are falling and failing connected? Since we know through science that failing is key to learning, is falling key to motor learning as well? We all would agree that some falls you better would want not to happen, same with big fails, but what is there to be learned from falling and failing?

An open invitation to research falling and failing and embracing the missteps, seeing beyond them and how we can transform through them.

After my latest post on IG about rolling acrobatics – which was received very well – I thought about creating an educational video about how you can increase rolling awareness and condition your body, mostly the torso for different kind of rolls.

The video is divided into three sections: Preparation (Spinal Flexion), Mapping the Back (Increasing Awareness in Spine while in contact with Floor) and Dynamic Application.

The practice of rolling can be of great use in disciplines where falling is likely to happen like in Parkour, Skateboarding, Martial Arts or Acrobatics as a risk management tool. I also taught elderly people to roll before, a fantastic way of staying young while aging.

If you are mostly looking for ways of moving that enrich physical health and wellness, rolling can be a great way to massage your body, mobilize it and strengthen certain chains. I personally like to practice rolls for autotelic reasons – for the pure joy of it. There is a sense of throwing yourself into the unknown which feels like letting go. The ability to then catch the fall and direct it into something with new potential feels like facing a challenge in life and using the overcoming of this challenge to create something new.

Very interested in the topic of falling right now.

More on this in the near future.

For now: falling is an excellent skill to practice. Very diverse and exciting.

So much to say about this art. Simmered down: beautiful and freeing.

Rolling has been in my live since forever, not in the form of this videos content but as an act of breakfalling and communicating with the floor.

As you maybe know, my greatest movement teacher so far was skateboarding. I started when I was probably 10 years old and devoted many years solely to this art. Since you’re moving on and with a very unstable object, jumping on and off things you will fall down. Well, since experience shows that just slamming on hard concrete is not so much fun, you adapt a personal and specific way of falling. When the speed is right and when practiced for a while one of the falling maneuvers is rolling over your shoulder – in acro terms a backward shoulder roll.

This move saved my body plenty of times.

Until Tom Weksler showed me and the participants at a workshops in 2016 some acrobatic rolls I didn’t practice specific rolling. Over the last years and especially through Toms work I got more and more interested in this art.

Right now, it’s one of the main interests of my practice (not just rolling but falling in general).

After working with Tom for some weeks solely on the basics of rolling I yesterday played with some variations and was surprised by a new quality I found within my rolls. On top of that practicing in an Aikido Dojo felt just right, since these folks practice Ukemi a lot and – in my limited understanding of Aikido – are very good at it.

Now, back to refinement and working again on the basics.

If you are interested in the Art of rolling, some resources for you:

The Art of falling Online Course by @parkouredu

Ukemi in Aikido and Systema

Thanks for your time and happy rolling. You know how it goes: They see me rolin‘..

Having the possibility to explore and fail Pt 1

In my current personal practice there is no need or pressure to perform, compete or fulfill certain guidelines (I mean there is gravity, potential for injury and stuff like that that I need to respect). Because of that I have a lot of freedom to express myself in as many different ways and forms as I want to.

In this Demonstration I played with the idea of not having bones, just skin and musculature. The outcome is a very special quality that is very interesting and intriguing. At other times I played with different qualities/ways of doing which led into nothing. No inspiration, didn’t work! And that is great. Being able to experiment and not having to fear failure is very freeing.

I think practicing exploring over and over leads to more curiosity for a given subject. And curiosity is what I thrive on. Not only in my physical practice but in many aspects of live I feel this very deep curiosity and interest to see what lies beyond my current understanding/knowledge/experience.

Having the possibility to explore and fail Pt 2

In my last post I described how much freedom I get by experimenting through my movement practice without needing to fear failure.

Very important to add now is that this concept can be applied to many disciplines BUT depending on WHERE you want to go or WHAT you want to achieve, this open exploration may be used more or less.

If there are certain rules that you have to follow, using an open exploration like this can add value by opening new ways of looking at things BUT can also very much hinder your progress.

You can see in this video that many if not all of the tricks/moves I tried where quite sloppy and that’s fine, since this was NOT about going for technical quality. Here I tried to play with the idea of going for something, noticing what I was doing and last second trying to go for something else. Very interesting and quite hard.

A big part of my latest research lies in understanding learning processes. When has somebody learned something? How many ways are there to get from A>B? What’s the difference if you learn something one way versus the other?

Now, if you reached the point that you don’t have to think about a skill anymore – I would say you have learned it. Anything else on top is just refinement.

Some questions for you critical thinkers:

1. If you can use a skill in an extreme situation, is it there all the times?

2. At which point would you progress with any given skill? Before the point of learning? After? Why?

3. What would be characteristics on a good learning method if you want to be able to perform the skill without thinking while doing?

Well, if your practice involves playing with risks – falling is a certainty.

Falling is not only the act of loosing balance and tumbling over but also a very nice skill in itself.

I’ve practiced this skill (directly and indirectly) in various disciplines so far. In skateboarding I did endless repetitions of falling – out of necessity. Not a single session in that I didn’t fall at least once.
Now in acrobatics I fall also very often, throwing yourself in weird places is often accompanied by that..
In Olympic weightlifting I also experienced some falling (losing balance with the bar overhead can be scary..), same as in bouldering, handstands and parkour.

Important question now: can you practice falling or do you only really learn how to fall by actually .. falling?

Throughout the last years I experimented quite a bit here – on my own and with students (thanks for your trust, hehe). While I believe that actually falling and learning how to bail out intuitively and by experience is necessary – there are ways to practice falling!

I think of recording a full video on that – here some falling key points in the meanwhile:

Since my left wrist is still injured and I am unable to load it, I had to change my practice a bit. Usually my left arm is my dominant arm for Supports (Macacos, Cartwheels, Handstands, etc) so I now have some time to put some practice into my right arm.
Also, when working a bit more dynamically with a degree of chaos and a risk of falling (this feeling I enjoy very much) I have to very quickly react and find ways to catch myself without loading the injured wrist, very interesting.

All in all, despite using my hands is a major part of my practice, I can almost move completely freely.

Because of my skateboarding background (where falling and injuries are not a possibility but a certainty) I am used to adapting my practice in times when I am injured. It’s always interesting and a challenge to keep the spirits high and continue regardless. ”An obstacle is often a stepping stone.“

Sorry, the comment form is closed at this time.